May: Revived the Hayfield dance and performed it for the first time at Hayfield May Queen festival. 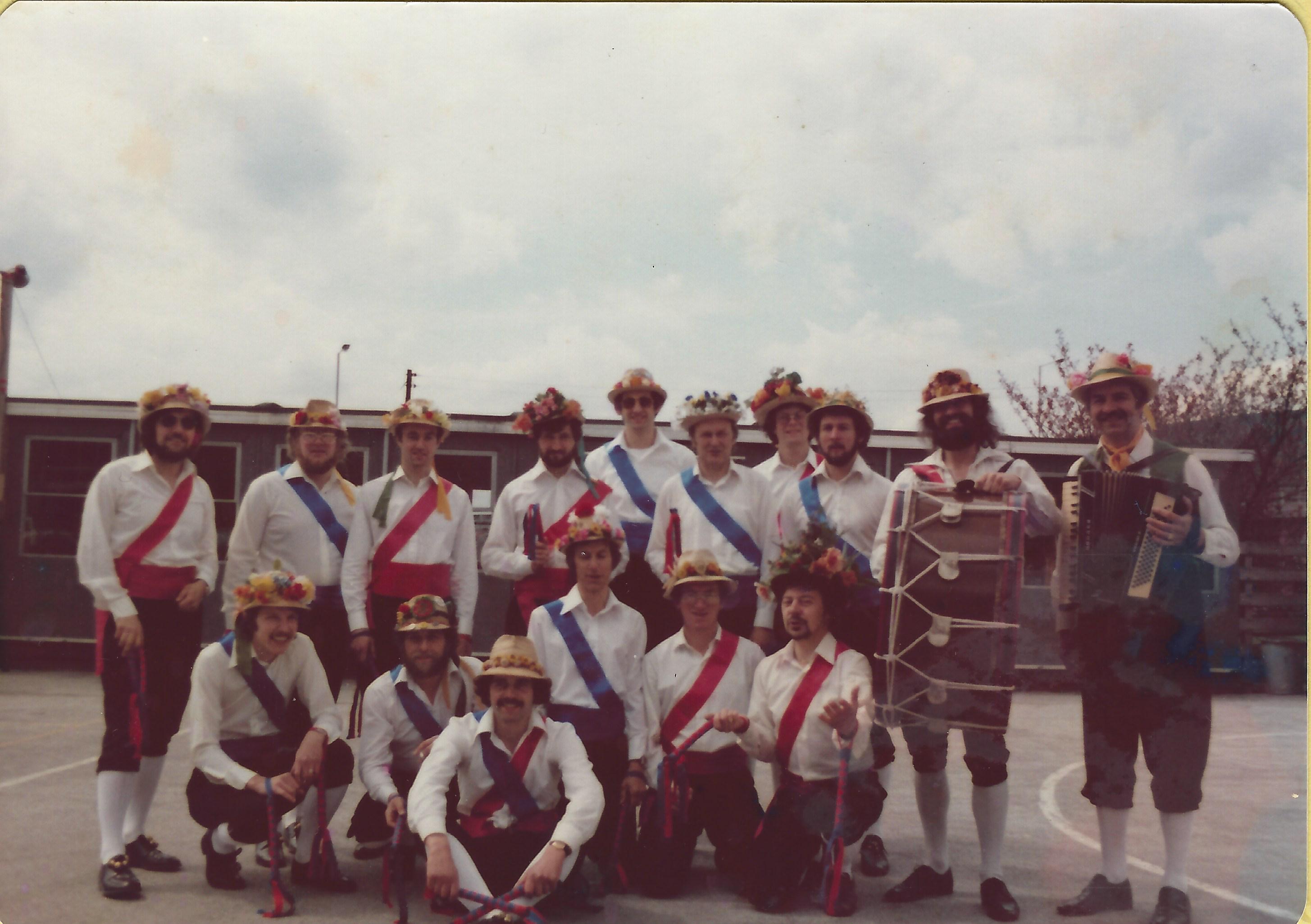 June: Friends of Oignies Association Britannic/Franco Ball – Lifted the mayoress
Kingston upon Hull Ring Meeting – Managed to dance on wooden cobbles (sets?); police car was blocked in in Hull street where we were dancing and lifted clear by morris men; amateur filmmaker took 8mm film of us practising our Longborough show dance.  After experience of sleeping on floor Arthur said he would never stay over at another Ring Meeting! 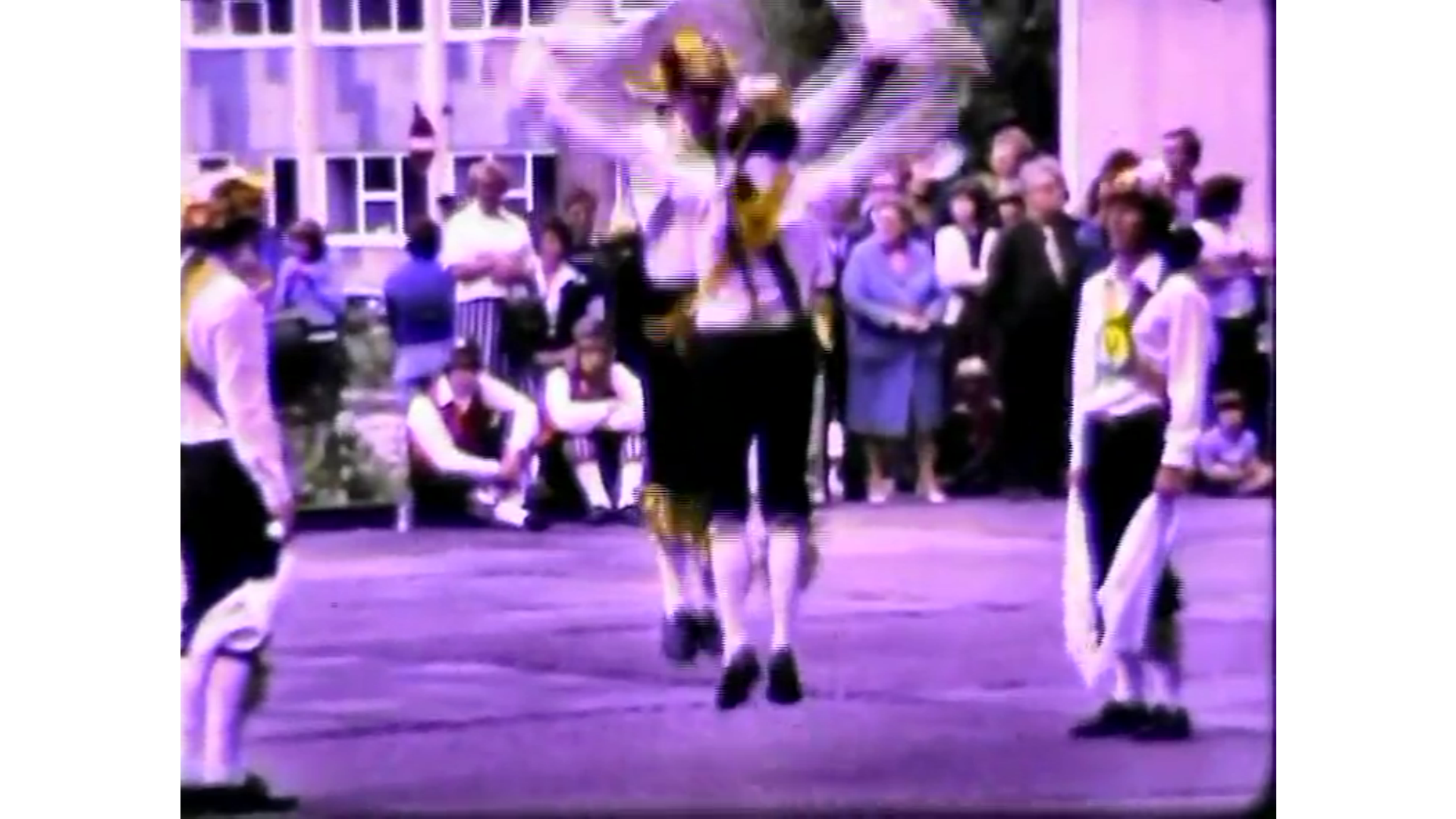 September: Adlington MM Day of Dance
Thelwall MM Day of Dance “Left at the lights and left again”.  Arthur, using all his local knowledge, directed the bus into a very narrow street. CMM AGM “With an exceptional feat of navigation Arthur McArdle has proved a worthy custodian of The Clanger” (he was awarded the bell)